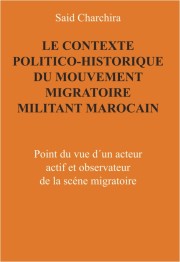 Nearly 60 African and European countries last week stressed Africa’s development as the key to stopping tens of thousands of undocumented migrants from risking their lives in attempts to reach Europe every year.

The Euro-African Conference on Migration and Development adopted a joint declaration and an action plan, putting the emphasis on measures to improve conditions in potential migrants’ countries of origin.

The conference in the Moroccan capital Rabat was the first to bring together migrants’ countries of origin, transit and destination. It was co-chaired by Spain, Morocco, France, Senegal and the European Union. The conference agreed to establish a “new cooperation” combining frontier controls and the fight against people-smuggling criminals with measures to boost development. This global approach constituted an “urgent response” to the problem of illegal immigration, which claims hundreds of lives annually as migrants drown on the way to Europe, the conference said. Illegal immigration also jeopardises human dignity through exploitative labour conditions, drug trafficking and prostitution, according to experts at the conference.

The novelty was that “we no longer discuss only the security aspect” of migration, Moroccan senior official Khalid Zerouali said. The conference stressed the need for “financial instruments favouring co-development.” European participants pledged money for employment-generating projects through means such as microcredits. The conference also recommended using migration as a factor of development by encouraging emigrants to invest, transfer money and to return to their countries of origin. It pledged to promote legal immigration and training for immigrants. Such measures will be accompanied by police and judicial cooperation, the fight against people-smugglers and employers hiring people illegally, and information campaigns about the dangers of illegal immigration.

African states agreed to signing agreements engaging them to re- admit their citizens who are expelled from Europe, a point which had been important for countries like Spain. Such agreements already exist, but they are not always applied.

Europe will need 20 million new immigrants to satisfy the needs of its labour market in the coming years, according to Moroccan government spokesman Nabil Benabdallah.

Illegal immigration cannot be stopped by police measures alone, but requires improving conditions in migrants’ countries of origin, the conference members were told. “Migration and development are inseparably linked,” European Foreign Affairs Commissioner Benita Ferrero-Waldner said. She stressed the need to combine frontier controls and the fight against people-smuggling criminals with addressing the problems of impoverishment and insecurity in migrants’ home countries.

“The situation which we are living today in Europe is intolerable,” French Interior Minister Nicolas Sarkozy said. He urged Europe and Africa to “eradicate this contemporary version of slavery,” suffered by immigrants engaged in clandestine work, drug trafficking and prostitution. “We need to develop national capacities, promote investments and commerce, improve possibilities of education and employment for young people in the countries of origin,” said Finnish Foreign Minister Erkki Tuomioja, whose country holds the rotating EU presidency. Moroccan Foreign Minister Mohammed Benaissa expressed concern over the brain drain which deprives Africa of “an important part of its vitality.” “Europe has profited from Africa’s natural resources for decades,” said Moroccan expert Said Charchira, head of a migration research institute based in Germany. “Today, it attacks another resource: the human capital.”

African Development Bank President Donald Kaberuka said nearly 20,000 African experts emigrated every year. The conference considered measures to make African know-how profit Africa, such as encouraging African entrepreneurs living abroad to invest in the continent and Africans studying abroad to return home. Immigration could give migrants a training and a professional experience which could then contribute to development in their countries of origin, Sarkozy said.

European countries showed willingness to increase development budgets, but by channelling the money directly to employment- generating projects in sectors such as agriculture, crafts, tourism and fisheries. The Moroccan Association of Human Rights (AMDH) and other non- governmental organisations annunced a sit-in to protest what they described as a repressive approach to immigration instead of respecting human rights and the free circulation of people. The conference was proposed by Spain and Morocco in the midst of a humanitarian crisis sparked by the arrival of thousands of West and Central Africans in the Spanish enclaves of Ceuta and Melilla on the Moroccan coast last autumn. Spain and Morocco sent thousands of police and soldiers to secure the frontier, where at least 14 immigrants lost their lives. Morocco also transported more than 1,000 migrants to the desert, where some of them were abandoned to their fate. The main routes to Europe include a sea journey of up to 1,200 kilometres from the West African coast to the Canary Islands. Organisations such as the Mauritanian Red Crescent have estimated that more than 1,000 people have drowned since late 2005 during the crossing.

The Canary Islands have received about 10,000 Africans this year, twice the amount that came during all of last year. Arrivals in Ceuta and Melilla and on the southern Spanish coast have, however, declined.

Another important route of illegal immigration passes from Libya to Italy. The EU has announced sea and air patrols along the West African coast to protect the Canary Islands from the influx. So far, however, would-be immigrants have always found new routes to Europe, and it has become clear that policing alone cannot stop people desperate to improve their chances in life. The conference was overshadowed by the absence of Algeria, one of the main countries of transit for migrants heading for Europe.

Algiers said it finds the African Union an adequate forum to discuss immigration. However, observers said Algeria felt excluded from the preparations and did not want to attend an event hosted by Morocco, its regional rival.

The conference approved a 62-point Action Plan introducing “a close partnership” between Europe and Africa to which EU Justice Commissioner, Franco Frattini, subscribed on behalf of the EU executive.

Jean Marie Cavada (UDF, France) represented the European Parliament’s Civil Liberties, Justice and Home Affairs committee at the event and said he welcomed that “for the first time countries of emigration, countries of transit and countries of destination came together to discuss the problem and examine possible measures in common.” “The European Parliament expects the Rabat process to set up a close monitoring committee,” explained Cavada.

Even though pushed by poverty, thousands of African migrants take their chances each day to reach and cross Europ’s borders whilst many thousands of others who preceded them face a clandestine existence, Cavada said he welcomed the twin-track approach in favour of an active development and cooperation policy with measures supporting the integration of legal migrants settling in Europe.